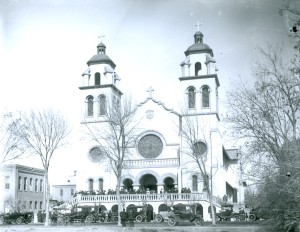 Donate to our Building Fund

In 2015, they celebrated the Centennial of St. Mary’s Basilica.  Although St. Mary’s is a strong and solid building, there are on-going issues that need to be addressed.  Your contributions to the St Mary’s  Basilica Patronato Foundation will help current and future repairs and special projects.

For More Information and to Give Online