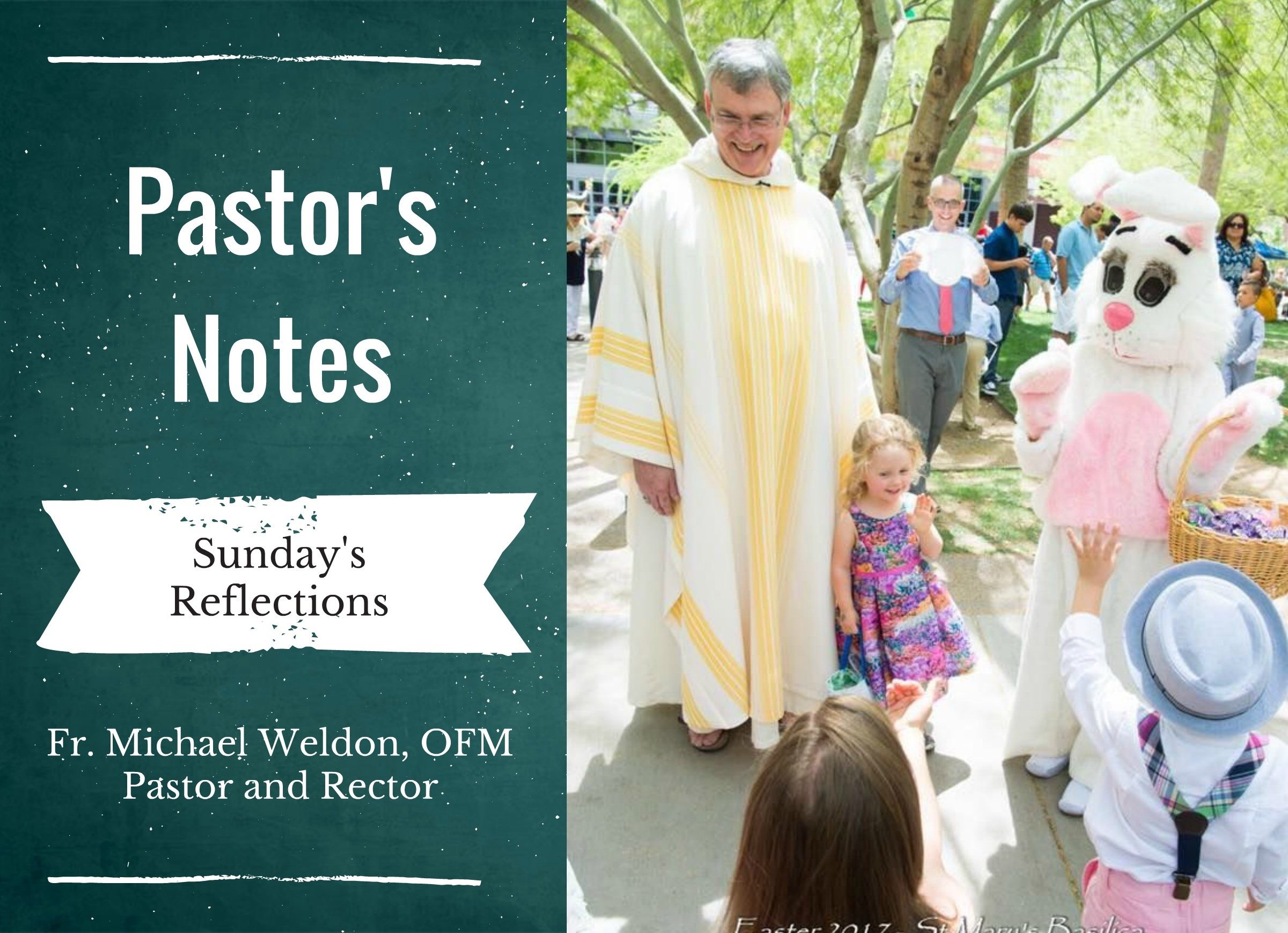 Ever had the experience of being a twin? A dead ringer look-a-like? I remember passing through our infirmary in Santa Barbara a few years ago and several friars spoke to me and said, something like, “Good to see you, Bro. Jeff.” I had a “look-a-like.” Actually it was the uncle of our own Bro. Scott.

I have a very tender feeling for the doubting disciple. It was my father’s name. He liked to tell the story of a phone call to a house that had three generations of men with the same name.  A call came…for Tom. The younger’s wife answered while wrestling a very cranky baby in her arms. Which one do you want? Tom the Father, Tom the son or Tom the Holy Terror?

Thomas, called the twin, one of the Twelve, was not with them when Jesus came. He had an edge about him as the others told the story. “Unless I see the mark of the nails in his hands and put my finger into the nail marks and put my hand into his side, I will not believe.” A week later Thomas was hiding out in the locked room with them.  As Jesus stood among them, he offered forgiveness, “Peace be with you.”  To probe his scars with his fingers and hands was the special call to the Twin.  He invited him to surrender his shame and doubt and “believe.” Jesus pronounced over him a final beatitude, “Blessed are those who have not seen and yet have come to believe.”

Belief often comes to us, perhaps the “Twins” of Thomas, by what we hear in the words and stories of other believers, what we hear in the proclaimed word of God and what we taste in the breaking of the bread by the gathered assembly. But I wonder if Thomas felt like the twin of Jesus himself. If Thomas hadn’t doubted, struggled against the testimony of the others, we might never have had the most exalted of the confessions of faith. I think Jesus had a great tenderness for those who ask questions…who test everything for its goodness. Thomas finally placed the name of Jesus in the very name of the Exalted One, Yahweh of Israel.  “My Lord and my God!”

The wounds of Christ, the scars became the source of new life.  Have you ever noticed people after major surgeries want to show visitors their scars? It is usually too late to ask them to put down that Hospital gown… Modesty disappears to the power of a healed wound. The scar reminds us of that healing.  For Thomas it was proof of the touch of the resurrected One.

Easter was a major miracle of flowers this year. The reredos of the High Altar was covered from top to bottom with Easter lilies.  Thanks for all who designed, placed and watered our celebration of Resurrection this year, to our beautiful staff, friars, catechists and volunteers. “Felices Pascuas.“ Happy Easters!